Bathed by the estuaries of Ferrol, to the north, and Ares, to the south, Fene stands out for its famous shipyards and its high architectural value. In the municipality religious architecture is combined, the Indian, thanks to the constructions of returned emigrants, and the more modern, such as the unique buildings of the two municipalities.

In Fene, in addition, we return to the past thanks to its many archaeological remains. Proof of this are the petroglyph of Marraxón, the Campo de Mámoas (tombs) of Mount Marraxón and the castros of Orra in Sillobre, the mámoa of Campo da Arca in Barallobre and O Castro in Magalofes. Many military settlements were Romanized as evidenced by the remains of a salting factory in Vilar de Colo (Limodre). A medieval bridge over the Belelle river is also preserved, whose natural environment is a great scenic attraction.

Fene also has two unique museums: ASTANO, dedicated to the shipyards where the town lived, and the Humor Museum, the only one in Europe. 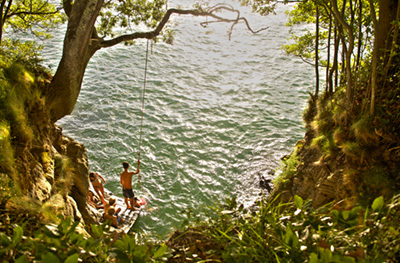