Fragas do Eume and inland areas

The beauty and the natural wealth of the inland destination of Ferrolterra – Rías Altas will impress any visitor. Allow yourself to get lost, in the noble sense of the term, in the lush natural surroundings.

The Fragas do Eume, which stretches through five municipalities, in one of the best-preserved Atlantic forests in Europe. The forest is a Natural Park and is the main tourist attraction of Ferrolterra – Rías Altas. However, there are many beautiful places not far from here that are worth discovering. For instance, the waterfall of the river Belelle, the banks of the Xuvia and Castro rivers and, in the north, the mountain area of A Faladoira. 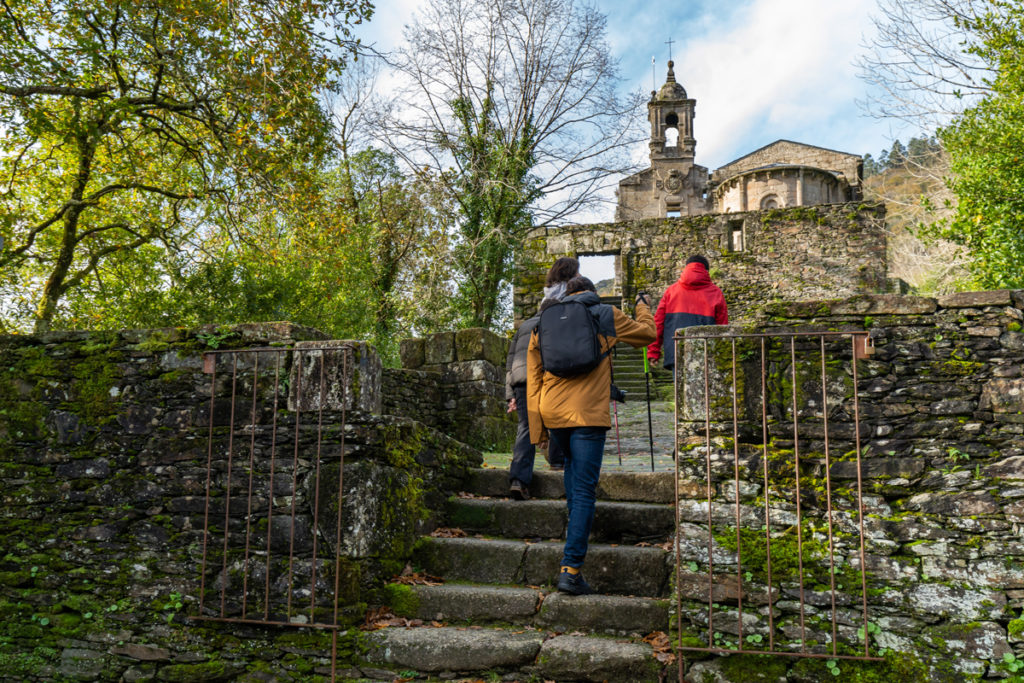 Natural Park of Fragas do Eume

Fragas do Eume can be reached from A Capela, Pontedeume, Cabanas, Monfero or As Pontes, all the municipalities that contain the forest, which is listed as a Natural Park since 1997.

The forest is a sanctuary for the flora and fauna of the region. Among the flora you can find oak, ash, alder, chestnut, birch, holly and arbutus trees. Some of these tree species have been around for millions of years and they flank the river Eume as it flows into the estuary of Ares.

Among the fauna, there is a great diversity of mammals, amphibians (13 of the 15 species found in Galicia), reptiles and birds. Otters, deer, salamanders, falcons, blackbirds can all be seen and enjoyed in the park.

There are also some endangered species in this natural park, like the Iberian wolf.

The monastery of Caaveiro is perched on a hilly rock in Fragas do Eume. It was built back in the 10th century. Read more about the monasteries of the destination.

Interpretation Centre of A Capela 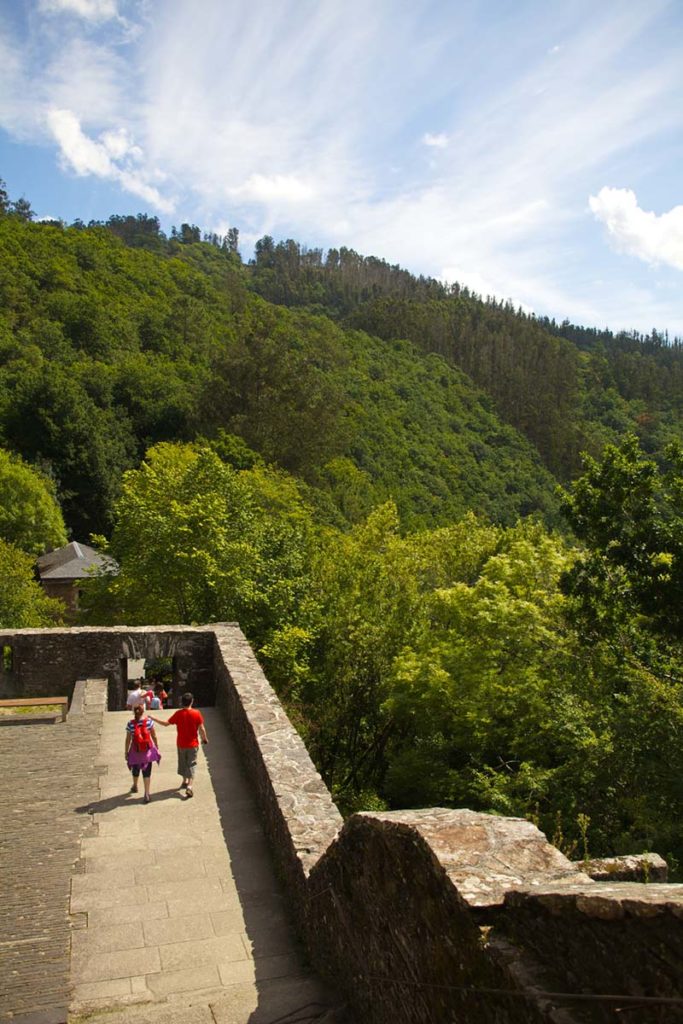 River Belelle runs through the Fragas do Eume, in the municipality of As Pontes. The river flows through A Capela, Fene and Neda, where it meets the ocean. Another landmark of Neda can be found here, the almost hidden Fervenza (waterfall) of river Belelle.

On its way to the sea, near the town O Roxal, the river turns into a 450metre-high waterfall. The waterfall of Belelle is one of the highest in Galicia. The spectacular surroundings, rich with oak and chestnut trees, make the “fervenza” a paradise on Earth.

The riverside, with the waterfall and the viewing point, has become an essential hiking route for the fans of nature.

Find out the river Belelle route on Wikiloc. 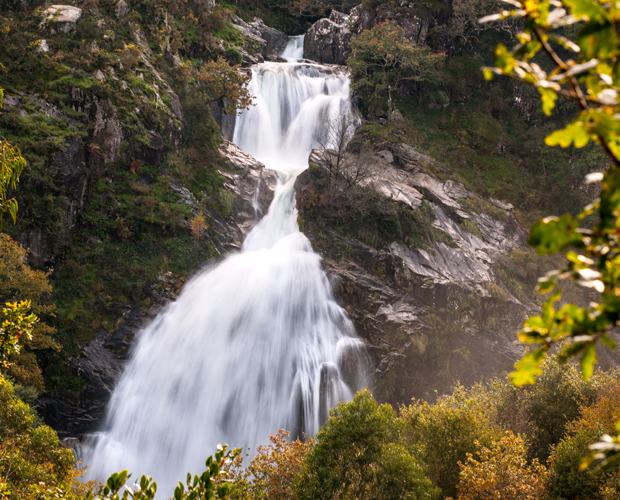 The rivers Xuvia and Castro give name to an area protected by the SCI (Site of Community Importance) distinction. There are two natural spaces under the Xuvia – Castro SCI. On one hand, the section of the river Grande de Xubia and its main tributary, the Castro. On the other, the Forgoselo mountain range.

The riparian vegetation is in a very good state of conservation. In the same area, we find different habitats: sandy plains, natural lakes, temporary ponds or oak and chestnut forests.

The Forgoselo mountain range presents soft shapes and its landscape varies, finding small forests and vast grasslands. From Racamonde peak, the highest point which is 537 metres high, the views are breathtaking. On a clear day you can see much of the mountain range and As Pontes, together with the estuaries of Ferrol and Ares.

The Xuvia – Castro protected area covers seven municipalities: A Capela, Moeche, Narón, Neda, San Sadurniño, As Somozas and As Pontes. There are many hiking trails that allow this natural landscape to be discovered from different perspectives. Do you fancy doing hiking along Castro river? 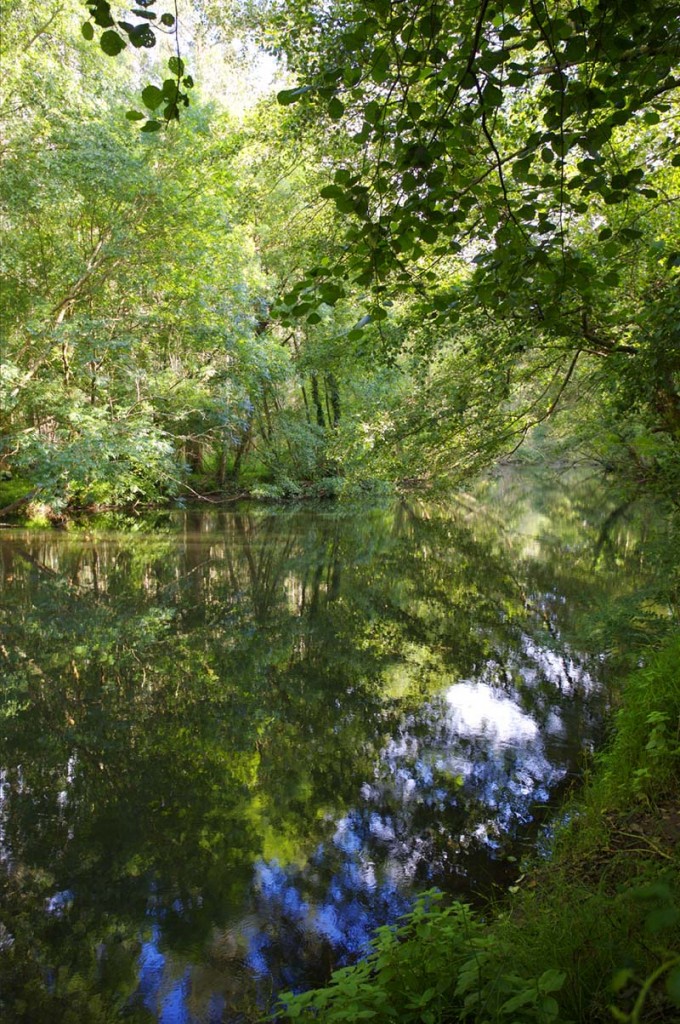