In Mañón, which separates the provinces of A Coruña and Lugo, the high peaks of the Sierra de A Faladoira contrast with the landscapes of the estuary.

The emblematic point of the municipality is Bars. This port has exceptional archaeological importance, since a Phoenician dike from the 7th century BC was reused for its construction.

Estaca de Bares is the northernmost point of the Iberian Peninsula. In it, the waters of the Cantabrian Sea and the Atlantic merge. It is also one of the best bird watching spots in all of Europe.

The Estaca de Bares lighthouse without a defined style has, instead, a special charm. The impressive setting contributes to this. Near the lighthouse is the Semaphore, an old military construction converted into a cozy hotel.

As a curiosity, in Mañón we find the largest camellia plantation in Europe. It is in the pazo de Torre de Lama. However, it is a private property that cannot be visited. 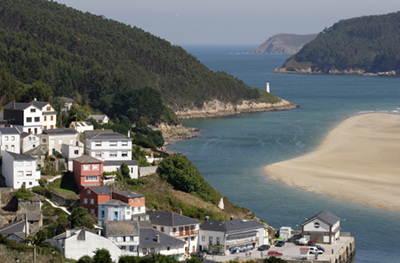