Two main pilgrimage routes cross this municipality. Anyone taking any of these routes as part of their spiritual path will discover the beauty of the landscape and the natural wealth of this geo-destination.

Many faithful of all the regions of Galicia walk to the town of San Andrés de Teixido to consecrate themselves to the saint of the same name. Pilgrims from all over the world walk the English Way to the tomb of the Apostle.

Apart from this original way, there are two more: one from Ferrol (from the seaport and the small chapel of Santa Comba, in the North) and another one from San Adrián de Veiga, in Ortigueira. This 24 kilometre-long route crosses the spectacular mountain area of A Capelada.

The legends
There are many myths and legends related to this saint. Tradition dictates that pilgrims must drink from one of the three pipes of the fountain and make a wish. In order to find out if the wish has been granted, you must throw a breadcrumb into the water. If it doesn’t sink, the wish has been granted. Another myth is related to the “love herb” that grows in the area, and has the power to make two people fall in love.

As the saying goes, “he who does not visit San Andrés de Teixido while alive, will visit when dead”. Whether you are a believer of not, the route is worth it. There are many places of interest to visit, like the monastery of Couto, the watermill of Aceas, the pazo of Libunca, the mountain of dos Nenos, the medieval stone bridge of Porto do Cabo and, of course, the church of San Andrés and its Baroque altarpiece.

Find out the routes to Teixido on Wikiloc. 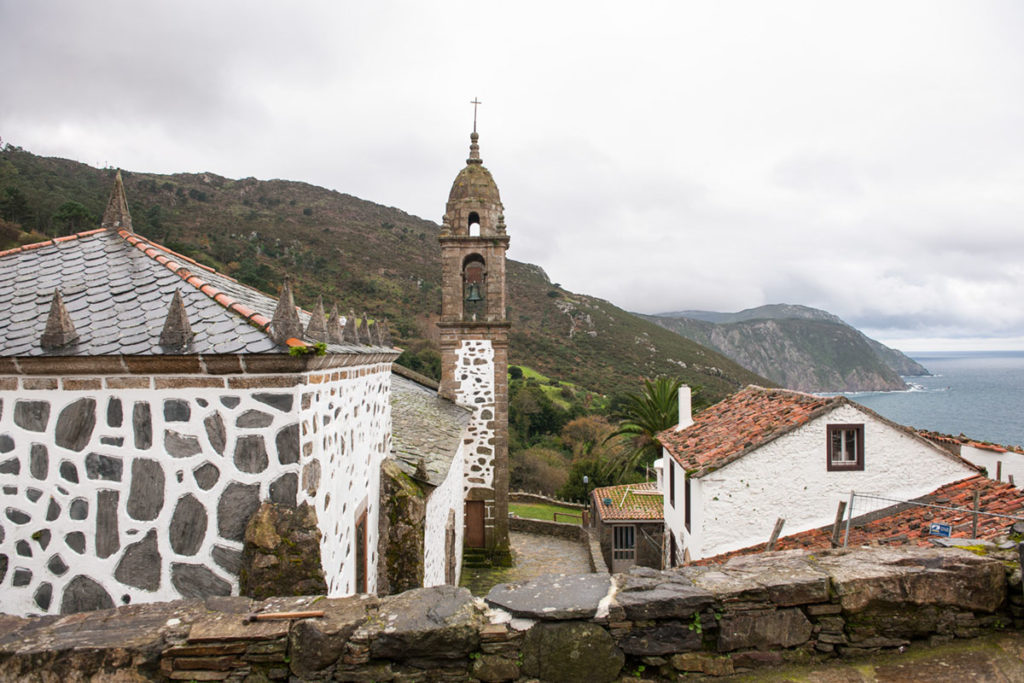 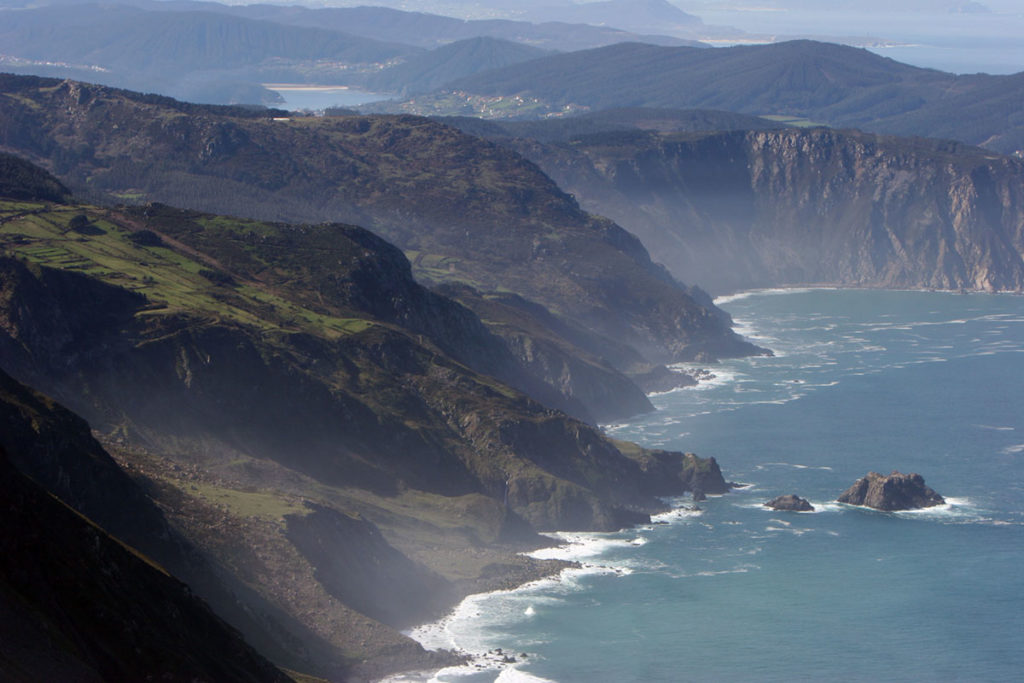 The English Way to Santiago

The English Way is one of the eight different routes of Saint James’ Way to Santiago de Compostela. It is one of the less populated routes, ideal for pilgrims who prefer a more quiet and relaxed journey. In spite of being the shortest way, it offers one of the most diverse and beautiful coastal landscape.

Back in the 15th century, English pilgrims disembarked in Ferrol and in the nearby seaports, which gives this route its name. The so-called English Way begins in the seaport of As Curuxeiras in Ferrol, 118 kilometres away from Santiago de Compostela.

In Ferrol, pilgrims must collect their pilgrim’s passport in the tourist office of the harbour or in the Co-Cathedral of San Xiao. From here, they begin the first stages of their journey through the coastal municipalities of the region.

Narón, Neda, Fene, Cabanas and Pontedeume are some of the towns that pilgrims walk through. Some even stop for the night in the pilgrims’ hostels in Neda and Pontedeume. Along the way, you can enjoy the heritage of the geo-destination Ferrolterra – Rías Altas.

Find out the English Way hiking route on Wikiloc. 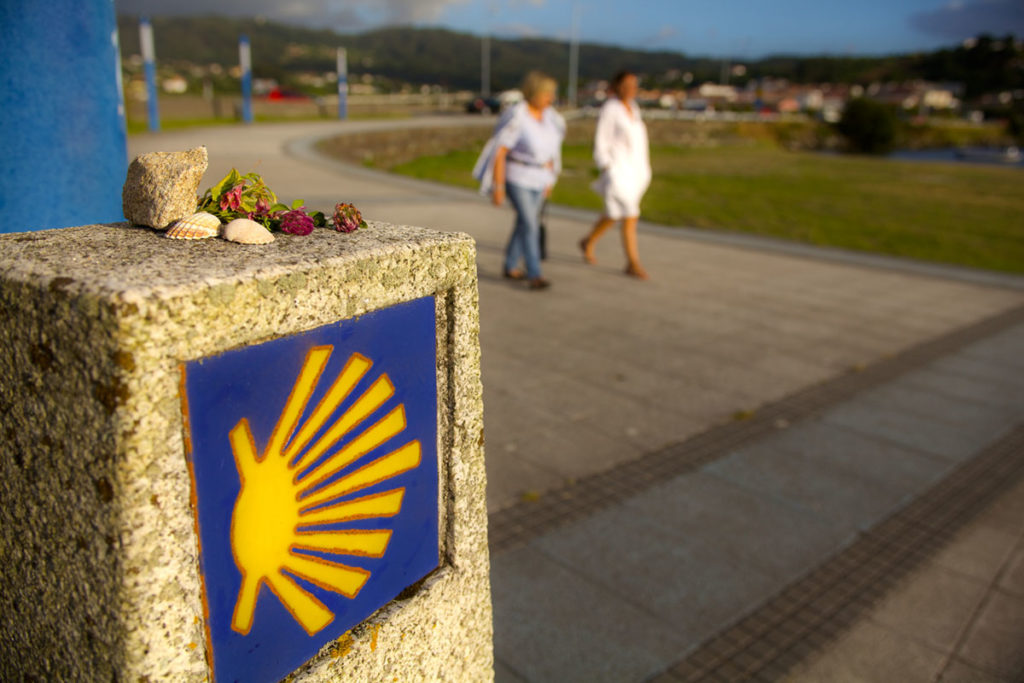 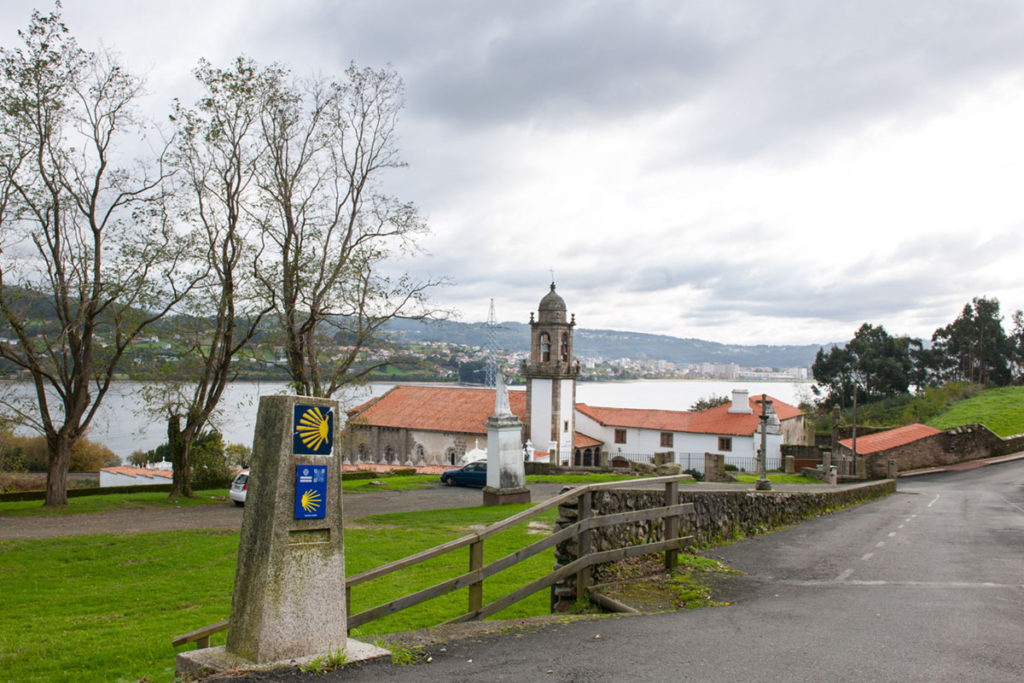